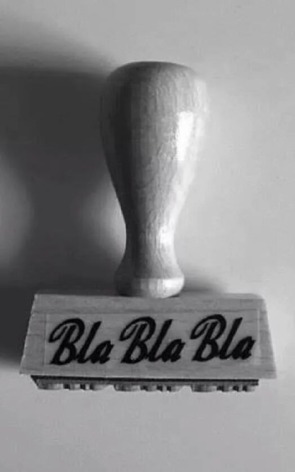 Procrastination is an engine of regret.  It has been defined as the voluntary delay of any action that we realize we ought to pursue now.

For habitual individuals and frequent dawdler’s who tend to harbor self-critical thoughts and wrestle with depression and anxiety, they consistently are found to yield  to impulses more often than other people.  When chronic procrastinators are asked about their thoughts, they tend to share snippets of a dark, gloom-ridden internal dialogue.  “I am too stupid to do this,” they say, or “If I can’t complete this paper, everything else I’ve done is meaningless.”

Numerous studies have demonstrated that negative emotions diminish self-control.  Anxiety undermines diets, as well as smokers’ efforts to quit. When people feel upset, they are more likely to act aggressively, spend too much money or play video games when they know they should be doing something else, like studying or working.  Feeling down is a strong predictor of relapse into procrastination.

Distraction, (ADHD ) it turns out, is the way to cast off unwanted feelings.  Procrastinator’s doodle in the paper margins, sweep the kitchen floor, call a friend or take a nap.  This quells the overwhelm in their heads and until self-control and focus in a task is restored.

Turning the mind away from a dull or disturbing thoughts is one reason we delay.  A Bruised ego might compel someone to procrastinate as a way to repair his sense of self.  After a setback, a someone might turn to Facebook or check out the latest sports scores to affirm a sense of connection.

Many a procrastinator use a set of thoughts known as counterfactual (contrary to facts). These statements often begin with phrases such as “at least” or “if only”—-, “at least I didn’t crash the car!” or “if only I’d gotten a good nights sleep.”  Downward counterfactual always illustrates that things could have been worse.  This serves to elevate mood.  Upward counterfactual, which captures how we might have avoided a mistake, do the opposite.

Individuals, who procrastinate more, dreamed up more downward counterfactuals than those less prone to a postponement.  Chronic idlers might be less resilient when beset by negative feelings, so their defense mechanisms kick in sooner.  There is discomfort that comes when you approach a task that brings up insecurities, and for some people, that slow burn of self-worth will put that work off for another day.

One obstacle for any procrastination-beating technique is that managing our internal state and herding our thoughts and feelings, so they align with our highest goals—often demands self-control, and this effort can leave us with less cognitive firepower for the tasks at hand, Resolving not to check e-mail for an hour, for example, will bring on an elaborate lunch preparation which, though not checking your E-mails, feels more valued.  Still, nothing gets done.

The idea that negative emotions drive procrastination has opened up new approaches for bolstering resilience.  Several strategies that leave self-control intact are now being discussed.

For instance, since my wife and I moved into a new house, I was determined not to fill up our new house with stuff from our last house, so it remained in the garage where, when we both had the time, I assumed, we would go through it all again and get rid of the majority of the clutter.  Every time I opened the garage door, I was overwhelmed with all the boxes and the fact that it upset me further.  It wasn’t until months had passed when I purchased two large tables from a yard sale to refinish and use.  The shift in motivation that made me go through and get rid of most of the boxes was the space I needed for my workbench.  Clearing out the gaggle of moving boxes in the garage became virtuous, not vexing.  Without realizing it, I had tapped into one key way for overcoming procrastination: a new motivation!

This is called cognitive reappraisal, a deliberate move to change the meaning of a situation by altering our emotional response to it.  In my case thinking of the task as self-improvement [a workspace which I could then repair or make furniture for our new house] decreased my vulnerability to the temptation of taking a nap whenever I thought of tackling the clutter.

If the incredibly powerful force of emotions can be harnessed, a task can be less a burden and more fun than if you’re constantly turned around and around by them.  Your initial emotions to tackling anything out of your comfort zone are not the only emotions that you have.  If you break the task at hand, down in smaller parts [going through 3 boxes per day in the garage], inevitably the job gets done.

Another way to view an event more positively is to give yourself a break.  Because procrastination seems to trigger harsh self-criticism, it may be self-reinforcing, sending us spiraling further downward.  For this reason, Self-Forgiveness: a three-step process to reduce the emotional distress that procrastination stirs up.  It entails acknowledging having made a mistake, weathering feelings of guilt and then experiencing a shift in motivation as self-punishment gives way to the positive feeling of self-acceptance.  Acknowledging your error and sense of guilt, and then move on.

Self-affirmation can restore self-control because we are powerfully motivated both unconsciously and consciously to pursue self-worth.  By reflecting on the best parts of ourselves it stops our fixation on the negative, which at times we are so used to, that it’s almost a perverse pleasure, and to focus descriptive on what matters in life.  Seeing the bigger picture can be the motivation to change.

Over time, by hesitating before surrendering to the nap, or the drink, or the internet, our self-control becomes stronger, and we can begin tailoring external circumstances instead.  Ultimately, it seems, the key is not to always fight temptations but to learn to avoid as many of them as possible.

Thus self-control may not be the capacity for titanic acts of willpower but instead an ability to shape one’s environment proactively through effective habits and routines.

So if you’re planning on starting an exercise plan the next day leave your workout clothes laid out for the morning and tuck your keys under the clothes the fewer obstacles, the fewer opportunities for negative emotions to arise.  And when you encounter an urge to avoid doing what matters most, check in with your feelings first.  They may rule the moment, but you can still have power over the day.

This site uses Akismet to reduce spam. Learn how your comment data is processed.